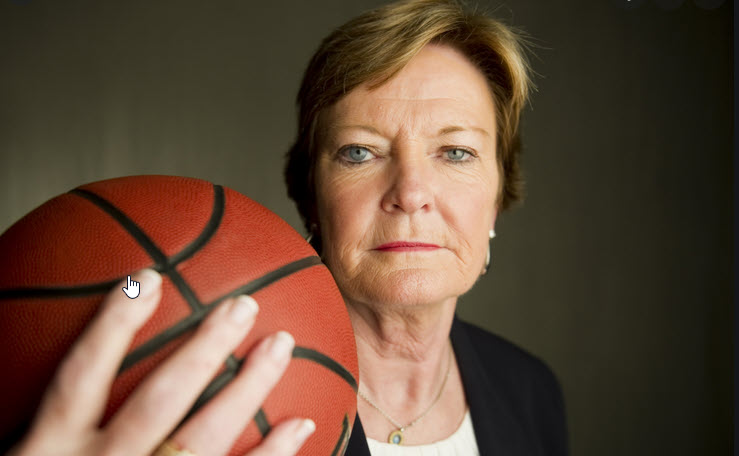 “Responsibility equals accountability equals ownership. And a sense of ownership is the most powerful weapon a team or organisation can have.”

Pat Summitt was a US college basketball coach who won an astonishing 84% of her games, and was a true pioneer for women’s sport in the US.

When she was 12, Pat’s father, a dairy and tobacco farmer, left her in a hayfield, pointed to a tractor and said, “When I come back, this work better be done.” No instructions, no sympathy.

Pat just figured it out and completed the gruelling task.

Pat simply knew that she had to get on and do the job, even if she didn’t know what to do, hadn’t been given any guidance. Her can do attitude gave her confidence to crack on regardless.

There are those who can roll up their sleeves and get on with a task even if they don’t really know what they are doing, and there are those who faff around the edges, make a coffee, check their phone, um and ah a bit and then double check once again what they need to do.

Sometimes that procrastination comes from waiting for someone or something to reassure us that we’re doing is the right thing?

Or sometimes we are so frightened of making mistakes that taking that next step forward is frozen in indecision.

Think back to some of the mistakes you’ve made in the past (and yes, we’ve all been there – I’ve made some humdingers).

How many of them have you truly owned up to, or have you tried to cover your tracks?

We’ve all felt it – the gut-wrenching, bottom-clenching realisation that you’ve made a massive balls-up that could potentially cost you big.

It keeps you awake at night. It dogs your every waking moment.

And yet we all do it – employer or employee, parent, child, friend, colleague – we all make mistakes. They are part and parcel of life.

It is the way in which we resolve the fall out from those mistakes that sets us apart.

Why do we try and hide them?

The greatest driver is fear. Fear of being found out. Fear of being judged. Fear for our position. Fear that we have let an individual or an organisation down. Fear of appearing incompetent, stupid. Fear of the possible consequences.

And that fear doesn’t just dog an individual after the mistake has been made – it also stalks them every moment up to that moment when the mistake is made.

Working with the fear of making a mistake can trigger Coue’s Law. Coue’s Law states that when there is a conflict between your conscious will and your imagination, your imagination will always win out. So, we can go through life desperately hoping not to make a mistake, but the fear is there – and the fear is stronger, leading to an inevitable mistake.

(It’s a bit like telling someone not to think about chocolate cake when they are embarking on a diet. It seeds a negative thought that is then watered and nurtured by the imagination.)

If mistakes are made, ownership of those mistakes will rip away any long term negative consequences in the bud.

Rather, we learn and understand that the mistake is a valuable lesson, and seek to rectify that mistake in a manner that is proactive.

And just as importantly, move on without dwelling on that mistake!