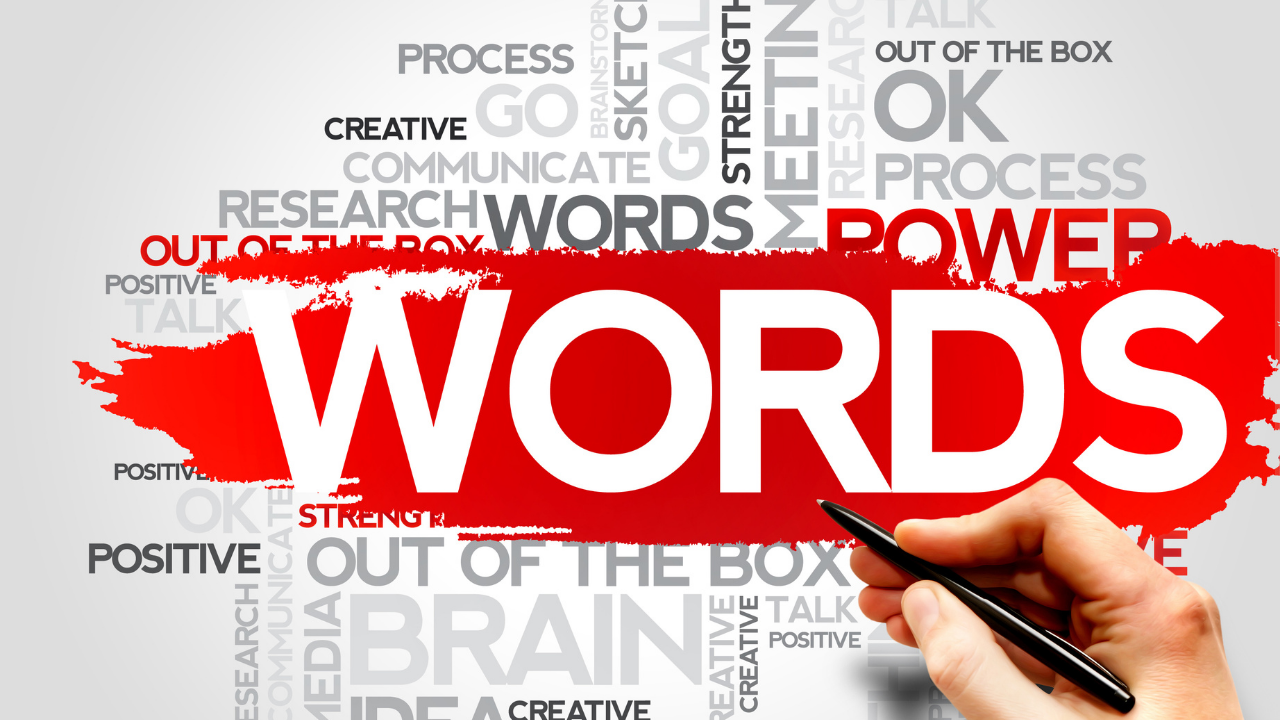 “Words have a magical power. They can bring either the greatest of happiness or deepest despair, they can transfer knowledge from teacher to student; words enable the orator to sway his audience and dictate its decisions. Words are capable of arousing the strongest emotions and prompting all men’s actions.” Sigmund Freud.

All over the world people are chewing breakfast over their morning papers, or scrolling through their newsfeeds while sat (or probably standing) on their commute to work, harrumphing over the latest governmental shenanigans.

In billions of houses people are logging into various social networks, venting spleen and vitriol about every subject under the sun. In fact it seems that the less a subject affects one personally, the more vitriol is generated – the upset caused by cyber-bullying and tweeting trolls certainly seems to illustrate this.

The very language we use can have a direct and immediate impact on the way we feel, which then triggers off thoughts in direct response to the tone and nature of these feelings. We believe it to be subconscious, something over which we have little or no control because language is just language, and we are merely reacting to the stimuli of the environment in which we find ourselves. This is our reality!

In the dim and distant past, the pre-cursor to social media was the online forums. I was a member of an expat one, which I dipped in and out of in my capacity as property agent in the Turkish town I live in.  I hated it with a passion – much of the language was negatively inclined, aggressive, slightly hysterical and unbalanced, and at times downright rude and unpleasant.

For someone who hates any form of conflict I used to find my stress levels rising because of it, even though none of it had anything to do with me.

Whereas I absolutely applaud people’s right to free speech, I do not always like to listen, particularly if it has a negative impact on my emotions. So I made the decision not to look again.

Today, several years later, I found those same negative emotions coming back as I scroll through Facebook and Twitter. I purposefully stay away from particular Facebook groups known for their aggressive and provocative stance.

I’ve mentioned before how I categorise people as radiators and drains. Listen to how a drain uses language. Their very words and tone are designed to pull you down to their level of misery, to taint your world with their own bleak outlook.

I remember bumping into one of these emotional vampires recently. Her whole demeanour was one of deeply dispirited doom and gloom. Everything was wrong with the world. My tactic with such doom-mongers these days is not to try and talk them round, it’s not even to try and jolly them out of it. Rather, I looked her in the eye, gave her a massive compliment, and walked away. Her reaction was to physically roll back her shoulders and lift her head. It was probably only momentary, but I did what I could in the moment and preserved my own good humour.

What my aquaintance doesn’t know (possibly even doesn’t want to know), is something that I am going to share with you today – that the absolute power of the language you use is your first line of both defence AND attack against the onset of mental distress. Both the words you use, and the tone you adopt, can instil energy and uplift, and put the power of your direction firmly back into your own hands. This is hugely important in creating the momentum needed to change the direction from decline to climb.

If you find yourself feeling low, take a look at the tone of language that surrounds you. Do you dwell on the negative, bad news type stories in your choice of reading matter? Do you revel in the bad luck and misfortunes of others, and subconsciously use their experiences to reinforce your own bad experiences? Do you flick from news channel to news channel, fixated by the various crises all over the world?

Changing your language is not about changing your reality, but it will do a lot to strengthen your ability to cope with your reality. If you have a debilitating illness, using positive language will not cure you indefinitely, but it can go a long way towards helping you to be able to deal with it and aim for a better outcome.

If you are prone to depression, gloomy thoughts, an Eeyore mentality, be aware that mass media is designed to generate and sensationalise stories and reactions, but understand that you should no longer allow their words to have an effect on your everyday reality. And if you struggle with separating the two (your reality and gloomy journalism), then stop reading that newspaper, stop watching ceaseless news bulletins.

“Fear is presented in the mass media, especially the news media, as a feature of entertainment,” wrote David L.Altheide in Notes Towards a Politics of Fear. He goes on to say, “The constant use of fear pervades crises and normal times: it becomes part of the taken-for-granted word of ‘how things are’, and one consequence is that it begins to influence how we perceive and talk about everyday life, including mundane as well as significant events. This produces a discourse of fear, the pervasive communication, symbolic awareness, and expectation that danger and risk are a central feature of everyday life.”

Be aware of the tone of language used by yourself, and those around you. Give yourself a challenge – spend a couple of hours today being consciously aware of all your negative thoughts and sayings, and changing them into positive ones. The way you think, and the words you choose, are nothing more than a habit. And habits can be broken with a bit of hard work and application.

The effect this will have on your emotional wellbeing, even after a short time, will be monumental in terms of both shifting your mood, and widening your perspective to new opportunities.