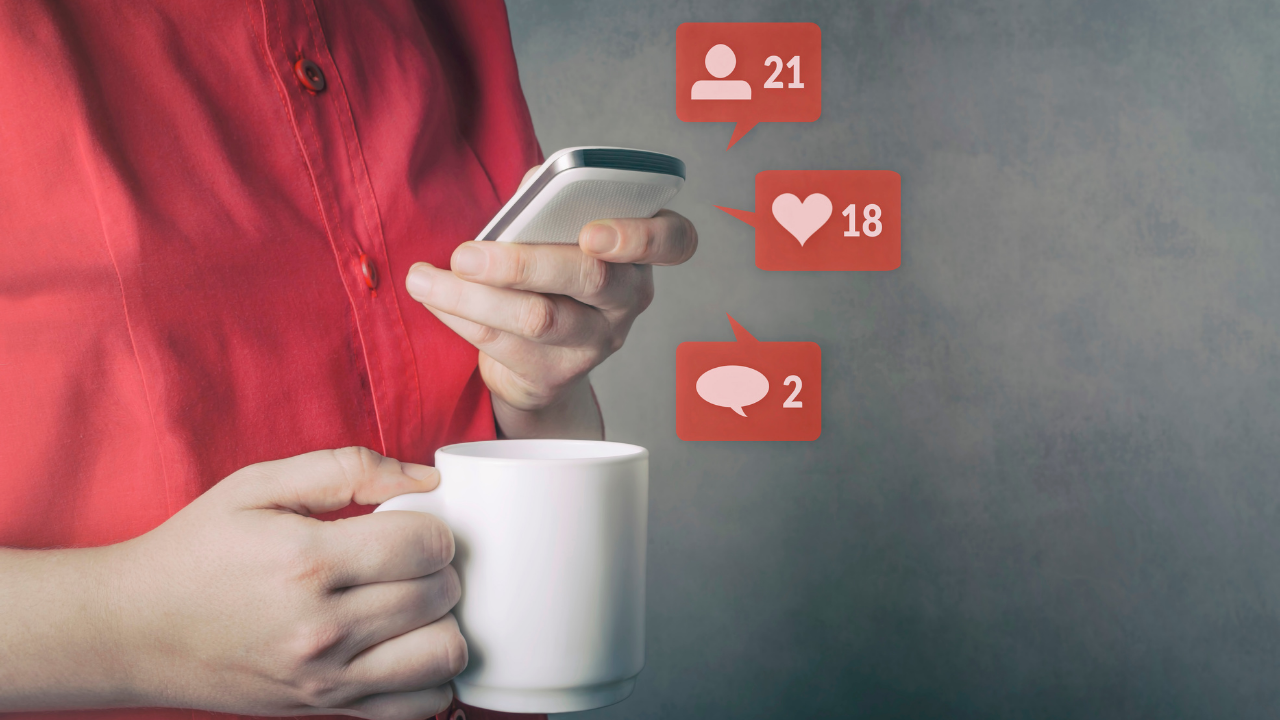 I am a staunch fan of social media, but I believe that you should be in control of it, rather than the other way around. Like all aspects of our emotional wellbeing, if we run scared of every possible ‘trigger’ and anxiety inducing aspect of our life, and the world we live in, then we would have to reside in a hermetically sealed vacuum.

The generation of teenagers coming through at the moment are those who have grown up with social media as the norm. My 16 year old son has a much wiser opinion of social media than the scare stories would suggest of our younger generation.

Is it possible that the ‘quangos’ that talk so negatively about social media do so because they are from a generation that grew up without it? The Millenials, and those growing up in the generation beyond them, are much more savvy than we give them credit for – is the older generation merely reflecting their own anxieties and fears on the young?

Social media does get blamed for much of the mental health issues in the younger generation. The focus on image, number of friends and followers, retweets, shares, hits and views, open you to a degree of vulnerability. These are supposedly the metrics by which success is measured. But are they any different to the dangers of television to those children growing up in the 70s. Or the danger of Elvis Presley, or the Beatles, to those growing up in the 50s and 60s.

Any new fad or technology is going to be a draw in different ways to different people. In the same way that every individual has their own way of drinking alcohol, so does every individual have their own way of using social media. Much of it comes down to having good, stable emotional wellbeing in the first place. A young girl who is already susceptible to anxiety, and has very low self esteem, will react to social media in very different ways to one of her peers who is emotionally grounded and has a robust sense of self worth.

Ultimately it is not the ‘fault’ of the particular social media platform – though they each have a significant social and moral responsibility to keep their platforms safe, and safeguard the users from abuse. But finger pointing and playing the blame game only devolves that sense of responsibility from the individual.

Everyone has their own way of policing and safeguarding their teenagers in the perils of adult ‘pleasures’. As my own children navigate their teenage years, I am trialling and testing some out for myself. For example, I happily offer them alcohol (to sample, not ‘down’). A couple of sips puts them off, and takes away the mystique of a complete ban. So far so good, but it is early days.

I’m doing the same with social media – not banning them completely, but ensuring that they have robust attitudes to their own sense of self worth, combined with a healthy dollop of cynicism to the information they glean from social media, to ensure that they can enjoy it without getting sucked into it.

So maybe it is not so much a case of ‘switch off’ social media. Keeping the following aspects in mind will keep you grounded and secure without having to go cold turkey.